The Council for Evidence-based Psychiatry (CEP) exists to communicate evidence of the potentially harmful effects of psychiatric drugs to the people and institutions in the UK that can make a difference. The scientific record clearly shows that psychiatric medications, portrayed as safe and effective by areas of the medical profession, often lead to worse outcomes for many patients, particularly when taken long term. Our members include psychiatrists, academics, withdrawal support charities and others who are concerned about the prevalence of the ‘medical model’ and the increasing numbers of prescriptions for psychiatric drugs being given to both adults and children.

Professionals are speaking out against the harm that Psychiatric medication does, particularly being given long term. The sessions and speakers were filmed throughout the day and can be viewed below.

Dr James Davies: The Origins of the DSM

Robert Whitaker: ADHD, Changing the Child Instead of the Environment

Below is a link to an article that was written by one of the delegates, which will give you an overview of the day.

Feedback on More Harm Than Good

Xenca offers a range of health and well-being products that complement the Chy Sawel ethos. 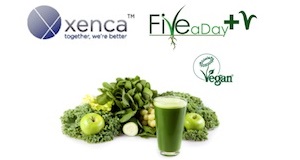